skip to main | skip to sidebar

The new site is at http://karmacrandall.blogspot.com. Check it Out!
Posted by Bryan Ripley Crandall at 1:03 AM No comments:

Casey wants blog time, but I want to say goodbye to 2009


Well, I accomplished another year of posting: 365 days of quirkiness. It became a pattern to my days just like waking up, showering, and brushing my teeth. This video is a collection of snap shots of the year and captures some of the events that were a part of 2009. The greatest addition, of course, was Jacob Charles. I leave this as my last post. Bon Voyage, Quirky. 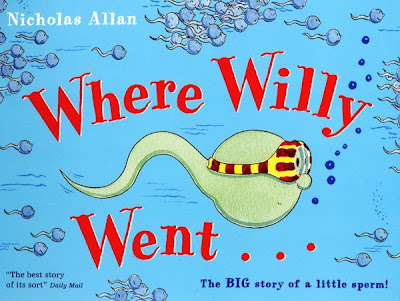 Casey and Dave did all their Christmas shopping at Ollie's. There, they purchased Where Willy Went... by Nicholas Allen. It is the big story of a little sperm who races another named Butch. The Butch page is a pull out.

Together, they spent $2.99 for the book and I have to say I was delighted to read it to my family, especially the part about Butch the sperm - after all, I am a son of a Butch. They did spend $1.99, though, over what I spent on the Roddy Doyle book I posted about yesterday.

The drawings are a bit off, but it is an educational text. For those of you who collect books, this is definitely one for the shelf.
Posted by Bryan Ripley Crandall at 1:41 AM No comments:

Dublin as a Metaphor 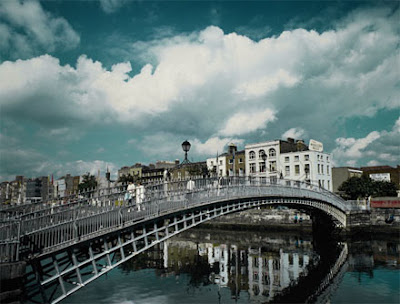 In 1992, I visited Ireland for the first time. I was nineteen and traveled to find a good beer. Actually, I fell in love with the wetness of the country, but also the beauty of its traditions.

Nine years later I would return to Ireland as part of my English Speaking Union scholarship to study at Cambridge. Amy, my travel partner, and I found a new Ireland. It was prospering in IBMs investment into making it a technological hub. The poverty and struggle witnessed as a nineteen year old changed to one of excess as a 28 year old.

Then I wandered into a dollar store in Cicero, New York, and found a book by the Irish writer, Roddy Doyle. At the University of Louisville, I was told I wrote like the bloke and so I picked up Patty Clark Ha-Ha-Ha and questioned the comparison. My $1 find, The Deportees and Other Stories, written by Doyle has me reveling in my cheap find. It is wonderfully written and I love how it takes on the growing diversity of a Dublin crowd. Like most of the English speaking world that maintained its colonial, imperialist ties with Great Britain, Ireland has found itself as a multicultural nation and Doyle explores what this means to a country with immense pride for its being Irish.

It is beautifully written and I recommend it all I know.
Posted by Bryan Ripley Crandall at 6:19 PM No comments:

Not the Louisville I knew

So, the quirky thing about having a smidge of free time, is I occasionally find a moment to scroll through my channels to find something stupid to read to. Well, I found it! Southern Belles Louisville!

All the years I was there and I never met any of these women. I must have been in the wrong circle of people - the Brown School people (which obviously resemble the women on this program!).

In truth, it is great to see the everyday sights and markers of the city I knew for so long. Was it me, or did the Daddy's girl and her fiance share a bagel at Nancy's? How'd I miss out on this lifestyle? I thought it only visited at Derby time!
Posted by Bryan Ripley Crandall at 1:02 AM 1 comment: 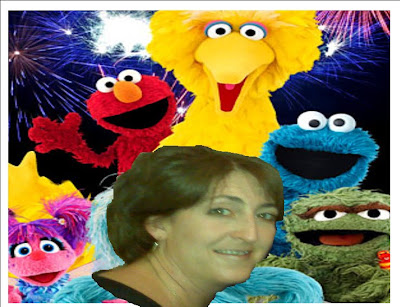 What do Cynderballs and Sesame Street have in common?
They both celebrated their 4oth birthday in 2009.

Today, December 28th, is my older sister's celebration of life! For the last 40 years she's been gracing my parents and Central New York with her sense of humor, her dedication to her family, her hard work, and her dreams. It seems almost impossible to say she's been at it for 40 years, but I'm right on her heals so I might as well get used to saying it. 40 years, Cynde! 40 years!
Time flies so we must be having fun.

Happy Birthday! (Click the Link, Cynde)
Posted by Bryan Ripley Crandall at 1:07 AM No comments: 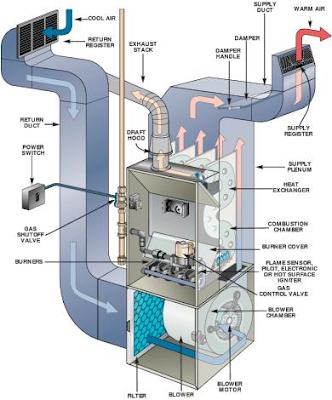 Actually, Ducane. I called them Ducate all day yesterday as a joke.

Yep, furnace man Bryan strikes again. I helped Mike do an install all day Saturday and learned more skills (while proving to Mike I continually lack skills). Even so, I really enjoy the hands on work and gaining new perspectives on household operations. As with any home repair, every job takes a good four more hours than planned.

Pooped, I came home and put my holiday decorates away and dusted myself off in preparation for 2010. Quirky as it is, I'm ready for a new year to come.
Posted by Bryan Ripley Crandall at 1:26 AM No comments:

How I Spent My Christmas

There's a reason I don't have video games in my house. Why? They are addicting.

Casey was the master at Nintendo, and I barely graduated from Pac Man. I could coach, but I couldn't play. Even so, I bought Dylan Raving Rabbids for his Wii, and I quickly was addicted. I wasted a large portion of my day throwing plungers and whacking whacky rabbits who were singing out of tune. The Gladiator arena saw the boos and jeers go to minor applause and cheers as I moved through more and more levels. The mindlessness was mindful, and I was mindful of my mindlessness. I retired about dinner time and said, "No more." I easily could have played for twelve hours.

Games are life's quirky way of hypnotizing us from doing anything productive. It was a truly wonderful way to spend a day.
Posted by Bryan Ripley Crandall at 1:23 AM No comments: